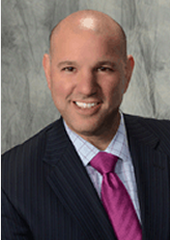 Mr. Zabell graduated from New York Law School after graduating from the State University of New York at Albany.

Mr. Zabell practices in a variety of labor and employment related areas of the law including the National Labor Relations Act, the Federal Railway Labor Act, State and Federal Wage/Hour Laws, COBRA, IRCA, Laws against Discrimination, FMLA, ERISA and the ADA. In addition to traditional labor and employment laws, Mr. Zabell has represented clients under the Federal False Claims Act, otherwise known as Federal Whistle-Blower Law or Qui-Tam Law. He has negotiated collective bargaining agreements and individual employment agreements, as well as advised and represented employers in hundreds of grievances, mediations and arbitrations.

Mr. Zabell is an experienced litigator whose practice routinely finds him advocating and litigating on behalf of his clients before various administrative tribunals, State Courts in New York, New Jersey, Illinois and Michigan, United States District Courts, the United States Court of Claims, the Second Circuit Court of Appeals, the National Labor Relations Board and the United States Supreme Court.

Mr. Collotta is a principal in the law firm of Zabell & Collotta, P.C. Mr. Collotta’s practice is limited to the areas of labor and employment law.

Prior to joining the firm, Mr. Eden was an associate attorney at a New York law firm, where he represented clients in matters involving civil rights, retaliation, whistle blowing, and wage-and-hour disputes.

Mr. Eden is a graduate of the Maurice A. Deane School of Law at Hofstra University, where he served as the Research Editor to Volume 32 of the Hofstra Labor & Employment Law Journal.

Ms. McManus is an associate attorney with the firm and focuses her practice in all aspects of labor and employment law.  She is experienced in representing clients in discrimination claims, labor disputes, contract disputes, and in conducting investigations. With the firm, Ms. McManus works on discrimination suits, workplace harassment, retaliation, federal and state wage-and-hour class actions, and whistleblower claims, and provides advice and counsel to our management clients regarding employment policies and practices.  Prior to joining the firm, Ms. McManus was an associate attorney at a New York law firm, where she served in the capacity of both general and labor counsel to school district clients, and handled matters involving Education, Municipal, and Labor and Employment law.

Ms. McManus is a graduate of the Maurice A. Deane School of Law at Hofstra University. While in law school, Ms. McManus participated in the Hofstra Law School Asylum Clinic and served as an Articles Editor on the Hofstra Labor and Employment Law Journal.  Her student note, entitled Instituting a Long Term Work Visa Program to Document the Undocumented and Protect the U.S. Workforce was chosen for publication during her final year.

Prior to law school, Ms. McManus obtained an M.S. in School Counseling from New York Institute of Technology,  and a B.A. in English from the University of Rhode Island.

Matthew Daly is a Paralegal at Zabell and Collotta, P.C. He assists the firm’s attorneys with preparing and managing materials for employment discrimination, wage and hour, and civil rights cases. Mr. Daly graduated from Binghamton University with a B.A. in Political Science and intends to enroll in law school in the near future.